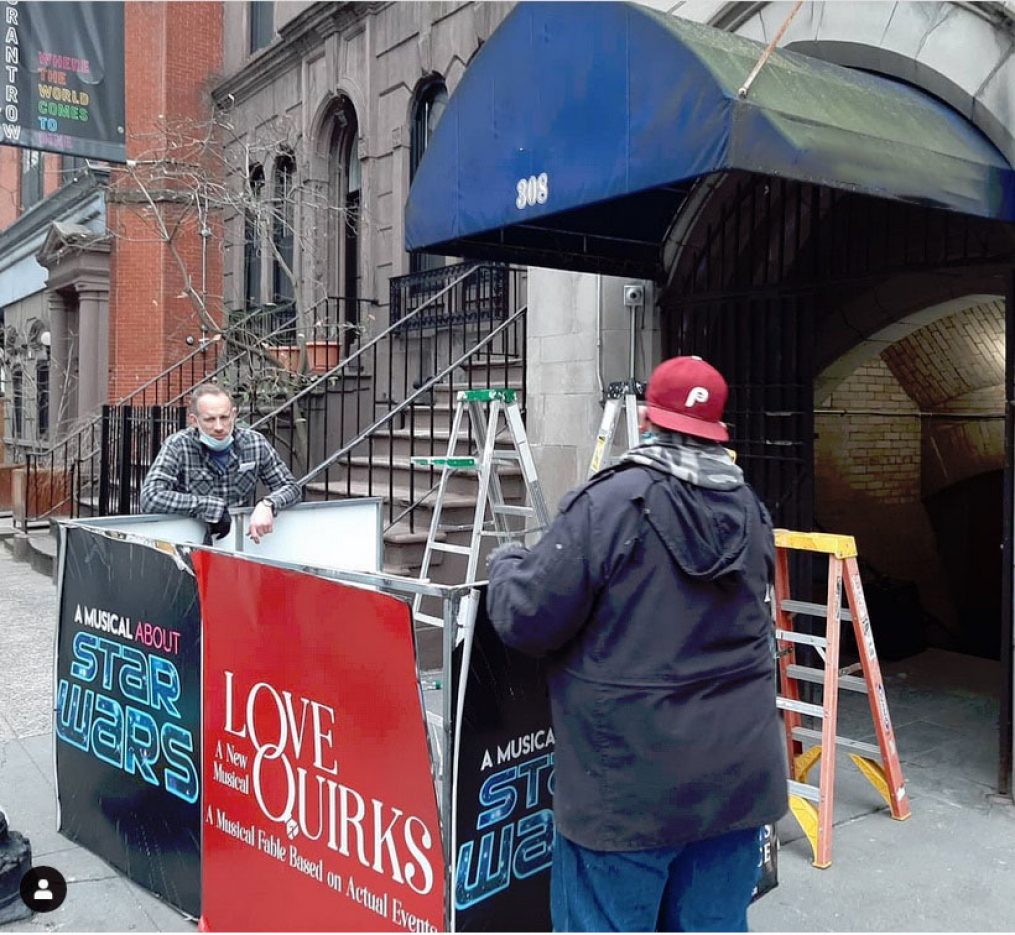 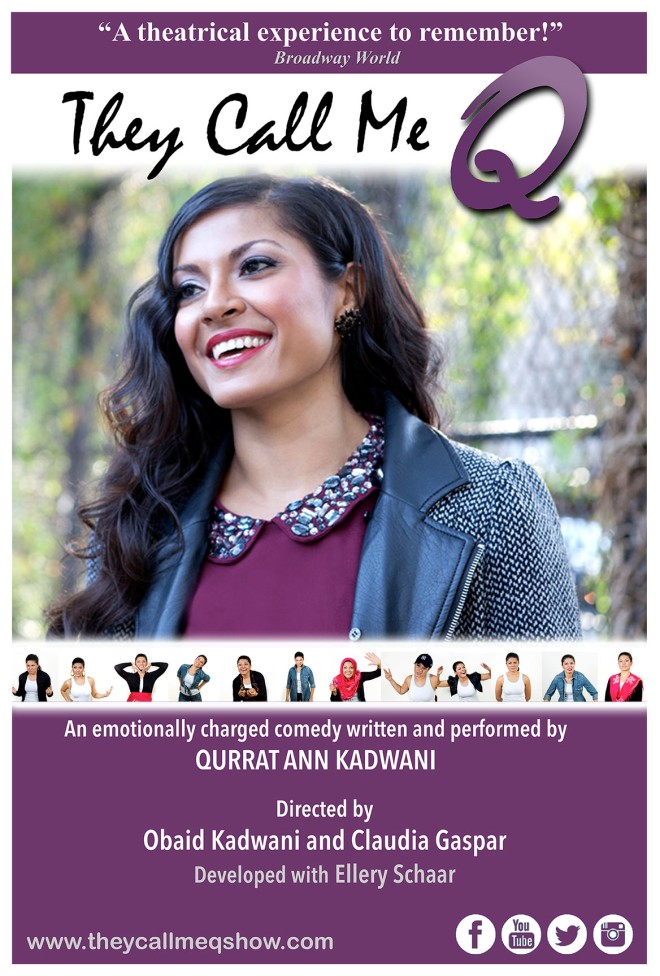 The award-winning play THEY CALL ME Q is set to make its Off-Broadway debut this spring at St. Luke’s Theatre. Written and performed by Qurrat Ann Kadwani, THEY CALL ME Q will begin performances May 19th with the official Opening Night on Wednesday, June 4th. 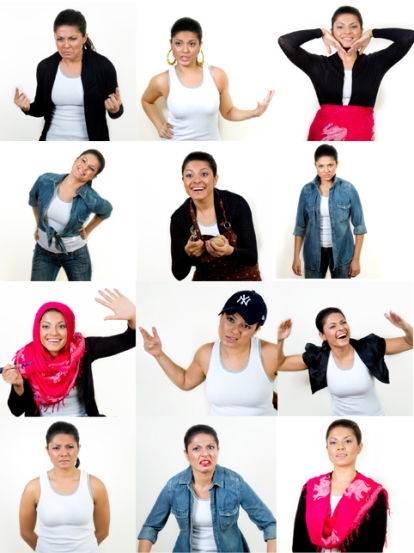 THEY CALL ME Q is the story of an Indian girl growing up in the Boogie Down Bronx who gracefully seeks balance between the cultural pressures brought forth by her traditional parents and wanting acceptance into her new culture. Along the journey, Qurrat Ann Kadwani (“Q”) transforms into 13 characters that have shaped her life including her parents, Caucasian teachers, Puerto Rican classmates, and African-American friends. Laden with heart and abundant humor, THEY CALL ME Q speaks to the universal search for identity experienced by immigrants of all nationalities. Under the direction of Obaid Kadwani and Claudia Gaspar, and developed with Ellery Schaar, THEY CALL ME Q scored the Best Actress Award for Ms. Kadwani in the production’s debut at Variations Theatre Group’s 2012 Harvest Theatre Festival. The emotionally charged comedy subsequently opened to rave reviews in cities all around the country and Canada including Chicago, Montreal, Washington D.C., Nashville, Orlando, and even Hawaii where THEY CALL ME Q was awarded Best Play at the 2013 Maui Fringe Festival.

Qurrat Ann Kadwani is an actress, producer, television host, and philanthropist. She has hosted “Desi Jams” and “100% Desi” on Namaste America, and her other TV appearances include ABC News’ “What Would You Do?,” “As the World Turns” and “All My Children.” Ms. Kadwani’s stage credits include Blind Angels (Theatre for the New City); Sankalpan, First Language (New Group); Inside Out, The Quaking (Abingdon Theatre Company); Falling Man (NYU); The Greeks (Imua Theatre Company); Baby Taj (TheaterWorks Palo Alto); Perfect Fit, The Women of the Mahabharata, Beneath the Banyan Tree (eyeBLINK). This past December, United Nations UNICEF invited her to perform. Non-profit charity organizations such as Sankara Eye Foundation, Lend-A-Hand India and Sapna NYC have also presented the play as benefit fundraisers.