A NY Times Critic Pick in its NYC non-profit run in the fall of 2015, Baghdaddy returns to NYC at the St. Luke’s Theater on April 6th.

The NY Times hailed Baghdaddy as “an important, cunning rock solid musical comedy with a terrible title.” The show begins in a church basement, where disgraced spies, along with the unwitting audience, gather for a support group meeting. The action soon shifts to Frankfurt Airport, where a mysterious Iraqi defector claims he built secret Iraqi bio-weapons labs. At CIA headquarters, our other characters are contending with their own ambitions, rash decisions, inflexible bosses, unrequited affections and unremitting boredom, when a fax arrives from Germany, and with it a golden opportunity. If the defector’s story holds up, it will be the ticket out of the basement and into a corner office. It’s all fun and games until the looming cataclysm changes everything. 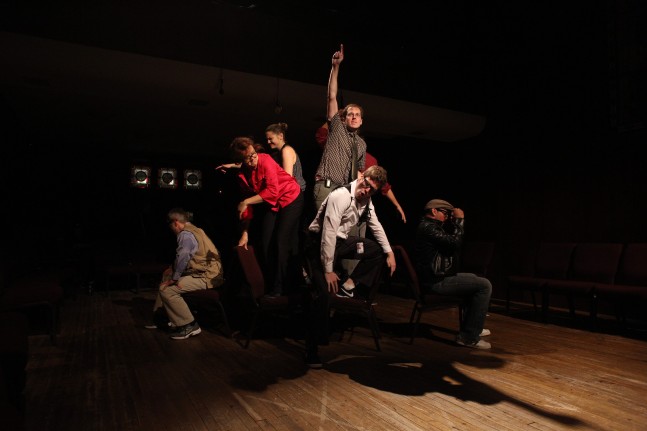 Tickets can be purchased at Telecharge