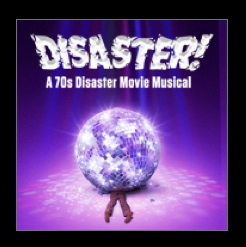 Disaster! is set on a summer night in Manhattan in 1979 and follows a group of NYC A-listers who party at the grand opening of a floating casino/disc0—until disaster strikes. Earthquakes, tidal waves, infernos, killer bees, rats, sharks, and piranhas all threaten the guests, who sing some of the biggest hits of the ‘70s including “Hot Stuff,” “I Am Woman,” “Knock on Wood” and more.

Disaster! previously ran in 2012. The New York Times called it a “triumph” and “irresistible” and advised “You’ll be tickled and, despite your best judgment, probably singing along.” 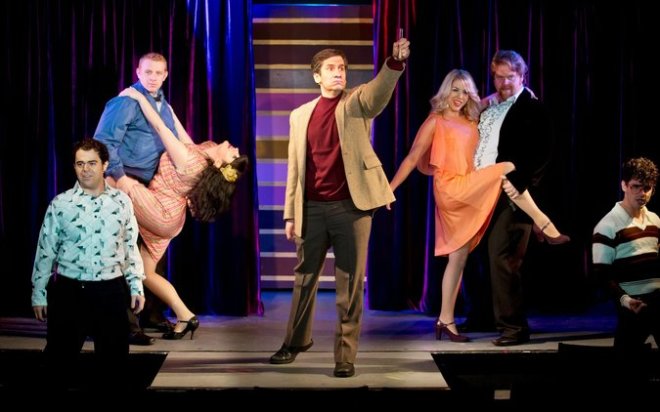 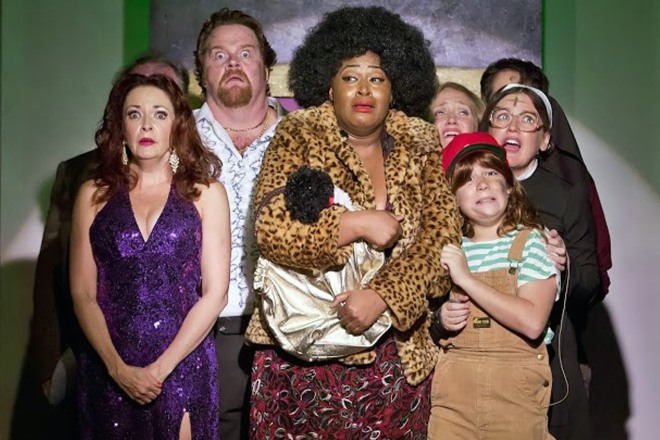 The year is 1979. All the hottest New York City A-Listers are putting on their platform shoes and polyester disco shirts and heading to the grand opening of Manhattan’s first floating casino and discotheque. Little do they know that the pier built to house the huge boat was drilled into the center of a dangerous and unstable fault-line. Disaster! is a 1970’s disaster movie musical and features songs from the ‘70’s; Hot Stuff, I Am Woman, Knock On Wood, Daybreak, Signed, Sealed Delivered, and more!

Earthquake, tidal wave, infernos, killer bees, rats, sharks and piranhas all threaten the guests. Who will survive? The greedy tycoon? The aging showgirl and her 11-year-old twins? The washed-up disco star? The disaster expert still mourning the loss of his wife? The nun with the gambling addiction? The older couple with a terrible secret? And will the bra-burning feminist find love with the man who’s lost his dreams? 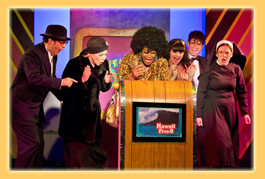